How Does PA Lemon Law Work?

In 2014, U.S. consumers purchased roughly 16.5 million new vehicles. That's nearly one new car or truck for every 20 people in the United States.

Typically, when someone buys a new car, they expect it to run like a new car, free of the quirks and quibbles commonly attributed to aging automobiles. Unfortunately, even brand-new vehicles aren't immune to problems.

In most instances, these matters are covered under the manufacturer's original warranty, and with just a single trip back to the dealer, the problem is fixed on the first try, typically free of charge.

But What Do You Do When A Vehicle Simply Doesn't Stay Fixed?

Some new cars may stall for no reason, shake and shimmy at high speeds, refuse to start, overheat, or break down entirely, leaving the owner both stranded and frustrated on the side of the road next to a plume of smoke pouring from what was supposed to be a reliable, critically acclaimed sedan.

Despite multiple repair attempts by a manufacturer-authorized dealership, the problem rears its head again and again, quickly mutating an exciting investment into a devastating disappointment.

There's a word for these problematic automobiles: "lemon."

Generally speaking, a "lemon" is a product with a defect or condition that substantially impairs its use, value, and/or safety. As one might imagine, when it comes to cars, these problems can often be more than just an annoyance – they can be life-threatening.

Fortunately, most states have Lemon Laws to protect consumers from buying or leasing a lemon. Lemon Law statutes can vary tremendously from state to state, which is why it is important for consumers to understand the specifics of their own states' Lemon Laws 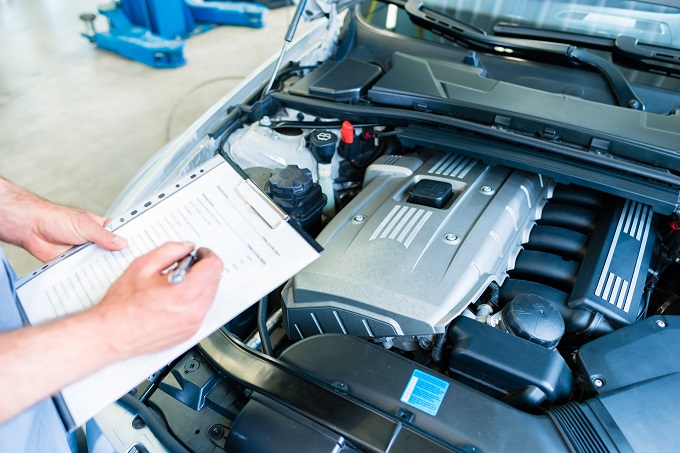 What Qualifies As A 'Lemon' In Pennsylvania?

It's important for consumers to be aware that, because of fee-shifting provisions in the Pennsylvania Lemon Law, legal help with claims should always be cost-free to the consumer, regardless of whether the consumer prevails in their claim.

For a vehicle to qualify as a lemon in Pennsylvania, it must satisfy the following criteria:

The Pennsylvania Lemon Law provides a presumption as to the "reasonable number of repair attempts" when a vehicle has:

It is important to note these "presumptions" help a lawyer prove a case but are unnecessary to prevail in court. As of this writing, the Pennsylvania Lemon Law does not cover motorcycles, motor homes, off-road vehicles, commercial vehicles, or used vehicles. Likewise, problems caused entirely by neglect, abuse, vandalism, accidents, and work performed by unauthorized service technicians are not covered by the Pennsylvania Lemon Law. 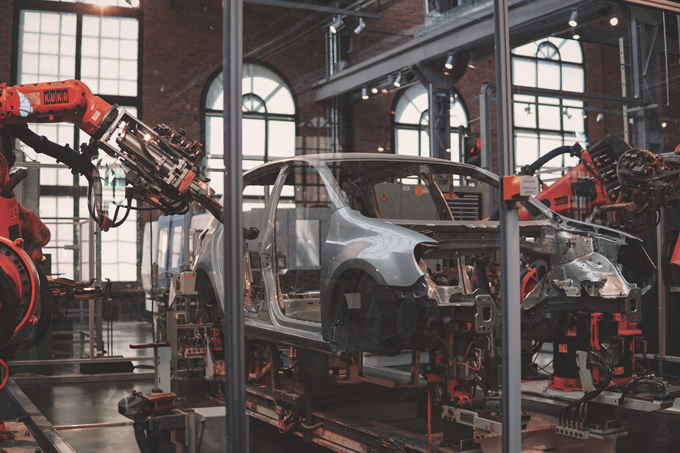 What Are The Possible Outcomes In The Case Of A Successful Pennsylvania Lemon Law Claim?

There are three common resolutions:

In the instance of a repurchase, the manufacturer must compensate the consumer for the full-purchase price of the vehicle, less rebates. A buyback includes reimbursement for taxes, tags, document fees, trade-in, down payment, finance charges, and non-removable accessories.

When the consumer is awarded a vehicle swap, the manufacturer exchanges the consumer's lemon for a comparable new vehicle, usually with the same MSRP. The consumer will often be permitted to keep an existing vehicle loan which is transferred to the replacement vehicle, but in all cases they maintain the equity from payments already made.

If a vehicle is completely fixed after the maximum number of attempts or time period permitted under the Pennsylvania Lemon Law and the consumer is comfortable keeping the vehicle, or if the issue is relatively minor and is not a safety hazard, the consumer may instead be awarded significant monetary compensation while retaining ownership of the vehicle. Settlements can also include a free extended warranty on the vehicle.

Under this outcome, the vehicle is not declared a lemon on the title, and the case and settlement will go unmentioned on Web-based car history sites such as Carfax. Additionally, the consumer is not obligated to affirmatively disclose the case and/or award if they choose to sell or trade the vehicle down the line.

As stated earlier, legal help with all Lemon Law claims in Pennsylvania should be 100 percent free of cost to the consumer. The Pennsylvania Lemon Law includes a fee-shifting provision requiring the manufacturer to cover all legal fees and court costs, on top of any legal remedy, should the consumer prevail in their claim. If a lawyer is confident in the strength of the client's case, he or she should accept representation of the case in which he or she receives with no payment if the case is lost. 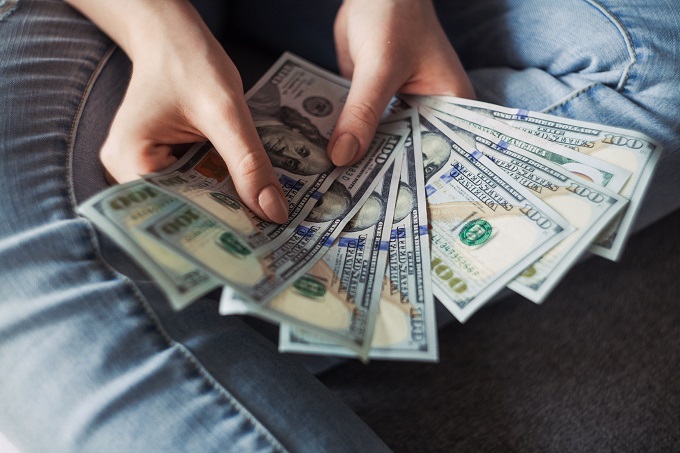 What Should You Do When Preparing A Lemon Law Claim In Pennsylvania?

For Pennsylvania drivers, preparing a claim is all about the details. Consumers should document all interactions with the manufacturer-authorized dealer and hang onto any repair invoices for work completed on the vehicle.

When receiving a car back after service, a consumer must review the repair order very carefully to make sure it clearly states the conditions reported, the diagnostic steps taken and repairs made by the dealer. If the repair order does not provide all this information accurately, the consumer should not sign the repair order and, if possible, should demand the dealer correct the same.

Whenever a driver has a problem with a vehicle, he or she should take care to provide the dealer with as much information as possible when bringing it in for repair. He or she can use a camera or video from a smartphone to document the problem when it occurs, as this can help the service tech identify a problem more quickly. Consumers are also encouraged to bring a service adviser or manager on a drive-along to attempt to replicate the problem.

It may go without saying, but it's worth mentioning: The more evidence a consumer has to back up their claim, the more streamlined their claim will be. While a consumer lawyer can subpoena evidence like repair invoices, the process moves along more quickly if the consumer already has these records on hand.

A TSB is a notice from the manufacturer that provides information to dealerships and repair centers about issues with certain models and suggested repairs. To see if any TSBs have been issued for a specific year or model, consumers should visit NHTSA.gov.

When bringing a car in for service, consumers need to stay firm and always demand respect. New vehicles cost a lot of money; consumers should always get what they pay for and should be treated fairly and honestly.

What If A Vehicle Doesn't Qualify Under The Lemon Law In Pennsylvania?

When a car or truck doesn't fall under the protections of the Pennsylvania Lemon Law, there may be another option: the Federal Magnuson-Moss Warranty Act.

Magnuson-Moss is a federal law that provides certain protections to consumers, applying to products that cost $25 or more and are covered by an original manufacturer's warranty. Our firm often represents clients under Magnuson-Moss when the state Lemon Law doesn't apply, such as in the case of motorcycles, recreational vehicles, and used cars or trucks.

Just like the Pennsylvania Lemon Law, legal representation under the Magnuson-Moss Warranty Act is cost-free to consumers, as fees and costs are shifted by law to the manufacturer when a claim is successful.

What's The Process For Making A Pennsylvania Lemon Law Claim?

Although claims can be made through the Better Business Bureau and similar organizations, many consumers prefer to have an experienced consumer lawyer handle their claim.

An attorney will not only identify whether a vehicle qualifies under the Pennsylvania Lemon Law, he or she can also provide representation under Magnuson-Moss. An experienced consumer lawyer will also be able to provide the help of a mechanical and valuation expert to help prove the claim and damages.

Consumers should be aware that organizations like the BBB cannot provide assistance with claims under the Magnuson-Moss Warranty Act. In addition, an unrepresented consumer who pursues a claim at the BBB or like organization often faces a manufacturer represented by a lawyer who will bring experienced mechanics to defend the case.

Many consumers find working with an experienced attorney results in a relatively brief turnaround for their claim. Experienced Lemon Law attorneys work diligently to resolve claims quickly and can often resolve a claim in pre-litigation without taking the manufacturer to court. Of course, in situations where the manufacturer refuses to settle, an attorney won't hesitate to pursue the claim aggressively and take the matter to court. 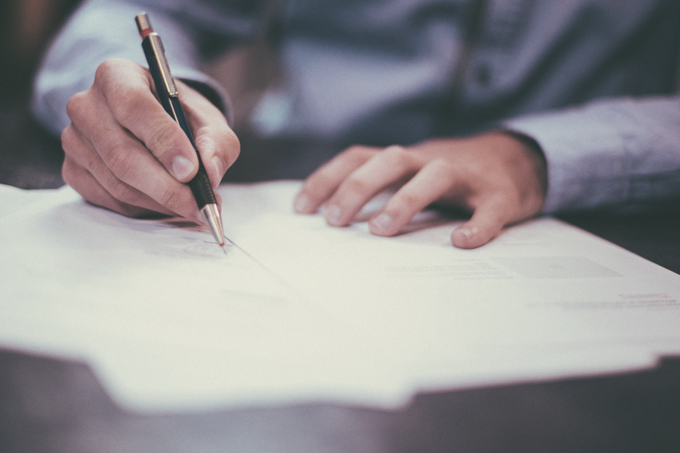 What Are Some Examples Of Past Pennsylvania Lemon Law Claims?

Kimmel & Silverman has successfully represented over 100,000 consumers throughout the United States since 1991. Needless to say, we've seen plenty of lemons over the course of the last 25 years.

One Pennsylvania client received $5,000 and kept their 2012 Chevy Malibu when making a claim for a rattle in steering and whining in brakes; a settlement was reached in 27 days.

Another Pennsylvania driver's Audi Q7 had an HVAC problem. After failing to find success in dealing with Audi directly, they sought legal aid, eventually receiving $8,250 and continued ownership of the vehicle.

To be clear, not every client is entitled to a full refund, replacement or a certain cash amount, and not every case settles quickly. Every case is different, and there is no guarantee of a particular result, time for a result or of settlement, or success in a claim at all.

Lemons are not limited to any particular year, make or model. Is it possible to avoid buying one? It's nearly impossible to tell whether a car will be a lemon down the line.

Researching the history of a specific make and/or model can help provide consumers with a rough idea about general reliability, but that is never a guarantee of future performance. Even the best and most reliable models have a certain number of lemons in their ranks.

While nobody should have to deal with the stress and hassle of a lemon, it's an unfortunate risk that will always accompany buying or leasing a vehicle.

Thankfully, the Pennsylvania Lemon Law and Federal Magnuson-Moss Warranty Act provide consumers with great protections by taking many of these defective vehicles off the road and ensuring consumers get either their money back, a free, comparable new replacement, or substantial monetary compensation.

Robert M. Silverman of Kimmel & Silverman handles Lemon Law and breach-of-warranty claims. He co-founded the firm in 1991 with partner Craig T. Kimmel. Silverman can be reached through LemonLaw.com.

Top of the Page

Are YOU
Driving a Lemon?